The Uniform System of Accounts for the Lodging Industry, better known as the USALI, is the basis for accounting and benchmarking comparability in the lodging industry. Often referred to as the hotel accountant’s bible, its primary purpose is to offer example operating statements to provide hotel owners, operators and other interested parties with operational information pertinent to the lodging industry. 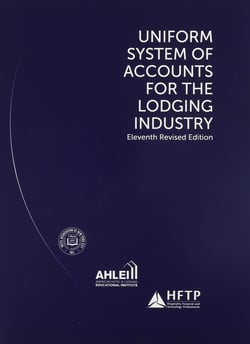 Let’s take a step back and look at the history of the publication and the groups who have molded it into its current 11th edition. The first edition was titled the Uniform System of Accounts for Hotels and was published in 1926 by the Hotel Association of New York City. There were three primary groups who took part in forming this first edition including the Proprietor’s Committee, Accountant’s Committee and representatives from two Accounting Societies: N.Y. State Society of CPAs and the American Institute of Accounts. The Proprietor’s and Accountant’s Committees were made up of property-level managers from iconic properties like The Waldorf-Astoria, Hotel Commodore, The Biltmore and The Plaza.

The members of the Hotel Association of New York City were true accounting trailblazers! Not only did they develop the first uniform system, members of the accountants committee ended up forming their own organization, the Hotel Accountants Association of New York City which would eventually organize as the founding chapter of Hospitality Financial and Technology Professionals (HFTP).

Jumping forward 35 years, in 1961 there was a second uniform system commissioned by the American Hotel & Lodging Association (AH&LA) called the Uniform System of Accounts and Expense Dictionary for Small Hotels, Motels and Motor Hotels. AH&LA appointed the National Association of Hospitality Accountants, precursor to HFTP, to develop this publication. After its original release, the publication was updated in 1979 and again in 1986 by the AH&LA Committee on Financial Management to reflect updates in the industry. Eventually, the two publications were merged together with the release of the 9th edition of the USALI in 1996. To this day, the Financial Management Committee (FMC) of the AH&LA continues to be the steward of reviewing and updating this publication.

Since its inception, there have been eleven editions of the Uniform System of Accounts for the Lodging Industry with the latest released in 2014. As the lodging industry originally consisted primarily of owner operators and transitioned over time to a business model which included separate owners, operators and brands, so did the makeup of the committee reviewing and updating the USALI.

As previously mentioned, the Financial Management Committee of the AH&LA has been charged with the responsibility of reviewing and updating the USALI. The first editions were developed predominantly by property level managers and accountants; and, as the industry has expanded and there are many more players, the makeup of the Revision Committee appointed by the FMC has changed as well. If you take a peek at the committee who developed the 11th edition it consisted of 28 representatives from many different facets of the industry: accounting firms, consultants, educators, operators, owners and asset managers. This insures that all groups have input in the development of the accounting standards set for the industry.

In October 2018, the Hospitality Financial and Technology Professionals (HFTP) association purchased the copyright to the USALI from the Hotel Association of New York City. HFTP has played an integral part in the development of the USALI for years by supplying sponsorship and membership expertise to the revision committees. With the transition in ownership, could there be changes on the horizon for the publication? Time will tell, as there has been discussion in 2018 on the development of a USALI 12th edition.

The revision process for new editions can take years, so don’t anticipate a new edition to be released anytime soon. There were 8 years between the release of the 10th edition in 2006 to the the 11th in 2014. If we follow that pattern, the industry can look for a new publication by 2022, if not sooner. That gives everyone a few more years to manage the final adjustments from the 10th to the 11th edition before tackling the 12th!